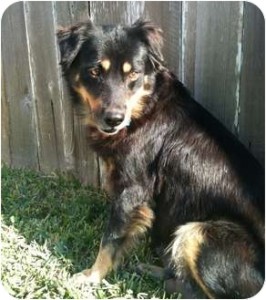 I was recently asked by a friend to help her evaluate a dog from adoption.

The young dog she fell in love with was an Australian Shepherd Rottweiler mix.

Either pure-breed alone can be a real handful. So what did I think about putting them together and adopting the result?

Here’s the process of thinking I shared with my friend:

There are no guarantees  with how any dog is going to turn out, but you can significantly up the odds of having an awesome dog by starting with good breeding and temperament, and finishing with great socializing and training. And providing lots of leadership, love, and exercise for the rest of its life.

So while I had to nix the “good breeding” from the mix, temperament appeared solid and stable. And since my friend was an experienced dog owner who knew what she was potentially getting herself into, and was still willing to go ahead–I helped her pack up her new puppy to head home to a new happy life.

If this puppy had showed any instability of any kind, such as resource guarding, or lack of a good bite inhibition, or was easily spooked, I would have told my friend to keep on looking. Forget the cuteness factor–this breed combination is no joke, and should only be taken in by experienced dog owners.

There is no question–both Australian Shepherds and Rottweilers can make for incredible dogs. They can also easily spin out of control in the wrong hands. If you are thinking of adopting a Rottweiler Australian Shepherd mix, do yourself a favor and have someone who knows both these breeds evaluate the dog for you.  You could be saving yourself some major heartache.

Conversely, if the dog passes an evaluation with flying colors, you could have the dog of a lifetime!