Happy Holidays to You and Your 2 and 4-footed Family

May the coming year be full of possibilities.

Science Catching Up to What Dog Lovers Already Know

I know my dog-loving readers won’t find either of these videos on “dog science” surprising. More like a “Yeah, duh, it’s about time science catches up” reaction. But thought you might enjoy these nevertheless.

Yes, I’m on a bit of a TedX binge, if you’re wondering. The proverbial rabbit hole…

How to Safely Greet a Fearful or Anxious Dog

I have a lovely neighbor down the road who just got a 2-yo Dachshund from Rescue. It’s her first dog since she’s been a child and she couldn’t be more excited or in love with this lucky dog. And… she’s a little out of practice on how she needs to be introducing her new family member to strangers. Especially, since this dog is prone to fear aggression.

So when we met on the road and she asked me to say hello to Pixie, it gave me the opening to ask if she’d mind if I helped her work with Pixie.  She was very appreciative of the offer, adding that most of the neighbors didn’t want to take the time to help […]

Whenever Anyone Says Dogs Don’t Think–Show Them This

Of course, the web is rife with made-up stuff, so when Cait first sent me this (after I said, “awwww”) I immediately went to track it down to see if it was real.

And it is. They even have a video.

“Staff have made sure he’s only getting treats safe for dogs to eat, and they do limit his purchases to just a couple a day (to stave off inflation in both the leafy currency and his waistline).”

An Easy Way to Support the ASPCA – GoodSearch.org

Just wanted to share this email I got recently. I think it’s a wonderful idea. But check it out and decide for yourself.

My name is Kari and I’m writing you with the hope that you’ll let your readers know about GoodSearch.org and GoodShop.com, a new fundraising tool being used by supporters of the ASPCA, Best Friends Animal Society, and thousands of humane organizations across the country.

GoodSearch.org is a new search engine that donates 50% of revenue to charities and schools of the user’s choice. […] 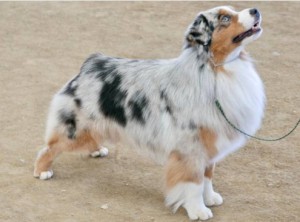 *The Westminster Dog Show returns to New York City for the 143rd time on Monday (Feb. 11), when 2,800 canines will compete for the coveted Best in Show title. This year’s show runs from 8am ET to 11pm ET on Feb. 11 and 12 and is available to stream online.

Two new dog breeds, the Nederlandse kooikerhondje (which is cool because for the longest time I though Graidy might have been a kooikerjondje) and the grand basset griffon Vendéen, are making their Westminster debuts this year. Last year’s winner, Flynn the Bichon Frise, was male, and this year’s winner will probably be male too. In fact, male dogs have won […]