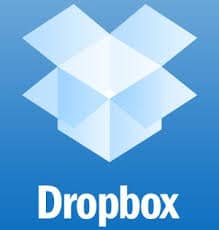 Having hit another strong writing phase, I decided to treat myself to a Surface Pro 3 (see below for my purchasing  recommendations). And since I use Dropbox for all my files, imagine my disappointment to find that the Dropbox app isn’t really integrated on the Surface tablets.

But I found a really simple solution. For those of you frustrated with not being able to save directly to Dropbox, here’s how to do it:

Since Dropbox is such a huge player in cloud storage, you’d think either they or Microsoft or both would have integrated the Dropbox app so that you would be able to both sync and save files directly to it from the desktop. Not so if you’ve downloaded the Dropbox app from the Windows Store.

The app works as a stand-alone product, so while you can access all your files, if you try to edit them, you won’t be able to save them directly back to Dropbox. Weird. I know. If I’m being kind, I’m thinking the app developer was smoking a little too much weed that day… 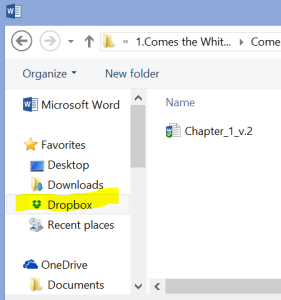 Now when you go to save a word doc, the Dropbox icon will show up in the left sidebar (along with desktop, downloads, cloud, etc.), making it easy to select and save directly to it.

Now for a very quick, short review on Surface Pro 3

I wanted something highly portable and light, that would work as a tablet and a laptop. This fits the bill nicely. While this isn’t specifically a review of the Surface Pro, if you are thinking of getting one, definitely go for the Pro 3 with as much memory as you can afford for two reasons: