Longest Day of the Year

The summer solstice is the day of maximum sunlight hours, bringing the longest day and shortest night of the year.

I’d like to think we put it to maximum use.

As usual, Graidy greeted me at 4:50 a.m.by jumping up on the bed and licking my face until I woke up. Next to me on the floor, was Kiera on her dog bed. Finn was perched on the open window sill, twitching at every birdsong. The furry contingent and I made our way downstairs and outside for the first morning’s call. Then it was back inside for a quick breakfast.

With coffee and computer, I got to work at my little makeshift office outside on the deck. 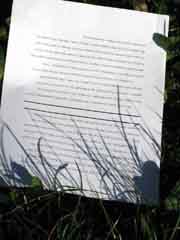 There’s nothing I love better than watching the sun rise, the birds sing, and the day come to life. The early morning hours are my time to write.

I’d made good progress, but couldn’t figure out where a couple of my pages had gone. Once the sun had come up, I could see that they’d been scattered around the yard by two common forces of nature around here — wind and Graidy.

Then it was on to more deck duty. Our deck is decades old and badly splintered. It’s been in need of a face-lift. 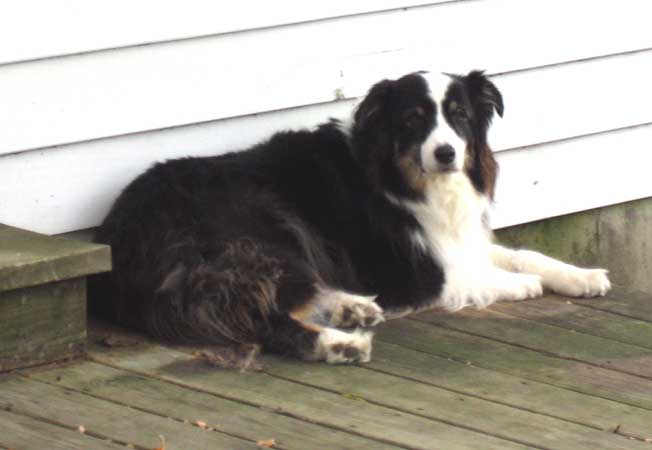 While the day was still cool, I got to work ripping up old deck boards. 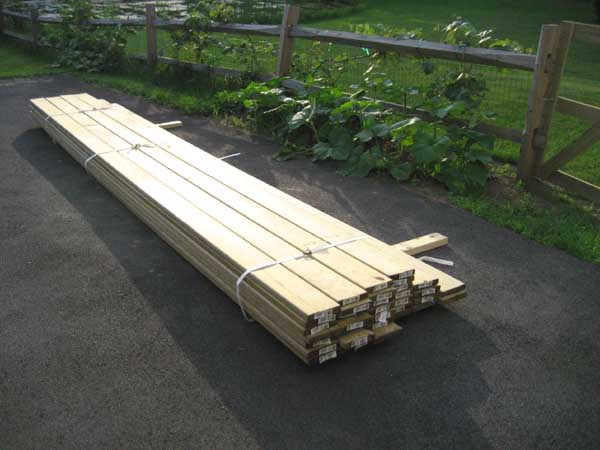 Then it was time to haul the new boards around to the back. By this time, Andrew had returned from golfing, and we made quick work of it. (Along the fence are my grapes, sunflowers, and some pumpkins. Looks like it’s going to be another good year for all three.)

Kiera doesn’t like banging, so she hightailed it far away over to her favorite shade spot. From there, she can survey the whole property. She’s got the grounds covered. 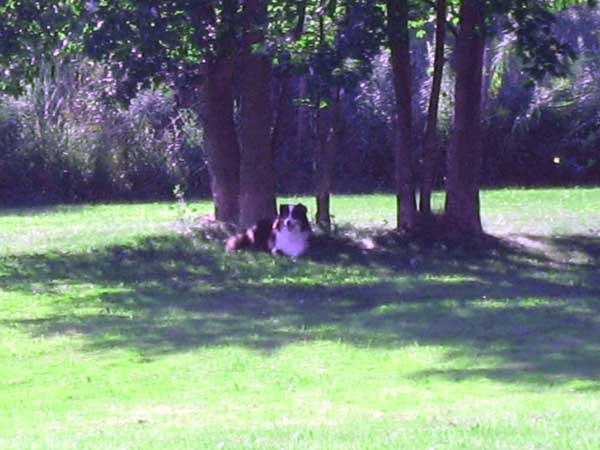 Graidy spent the morning gazing at the pond. 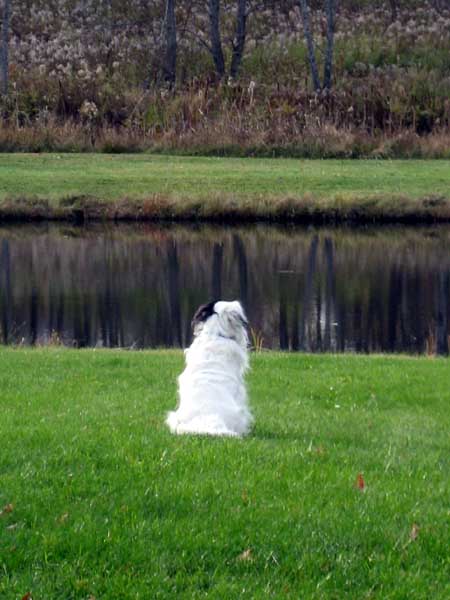 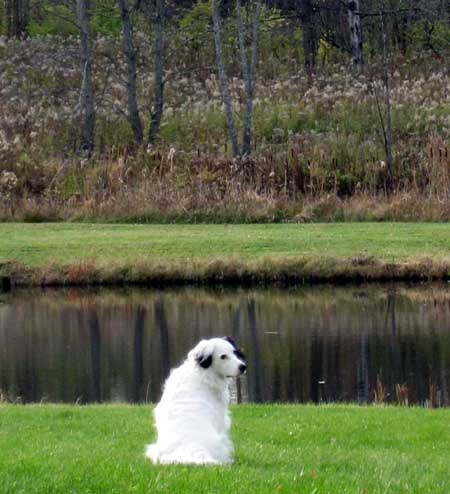 I’m on aerial duty. Gotta keep the winged ones away.

–Of course. Carry on.

But it was still the perfect temperature to get some gardening chores done. With the help of my two mice/rabbit/vole/mole patrollers. 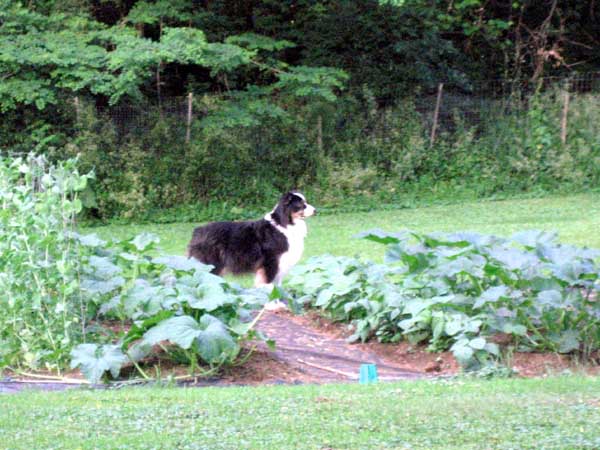 I hear one. Graidy, do you hear one? 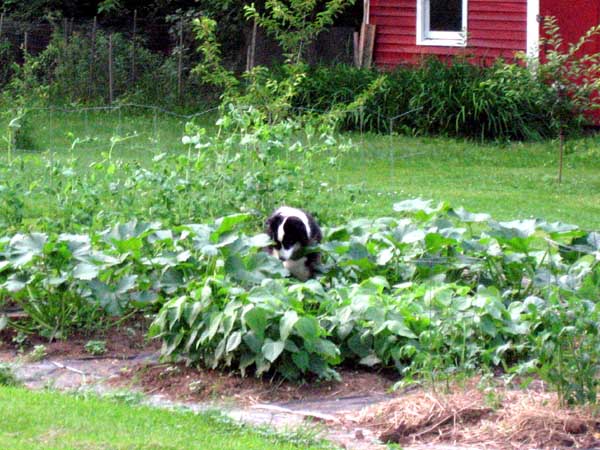 YES! Found it! I think it’s heading over to you. 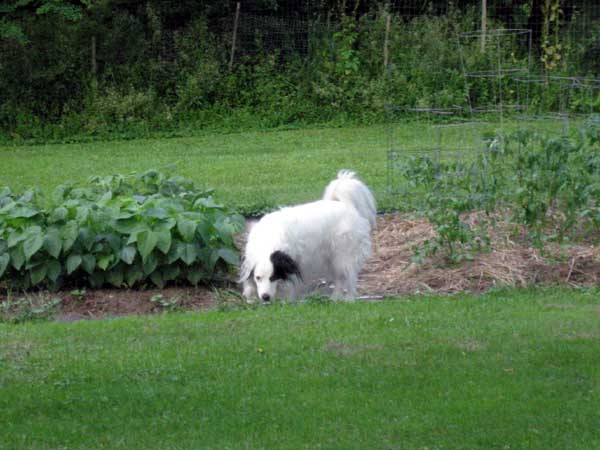 Yep. Yep, I’m on it. As soon as I finish munching some of this yummy green stuff. 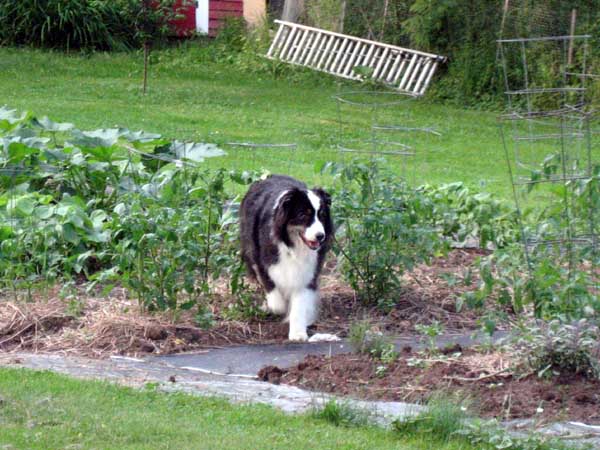 Oh, I’ll take care of it myself! Ma, why do you even let him out here?! He just makes more work for me.

–Yes, I know my sweet girl. But you have to admit he’s always good for a laugh.

After lunch Cait wanted a chance to close the gap on my winning streak at badminton. 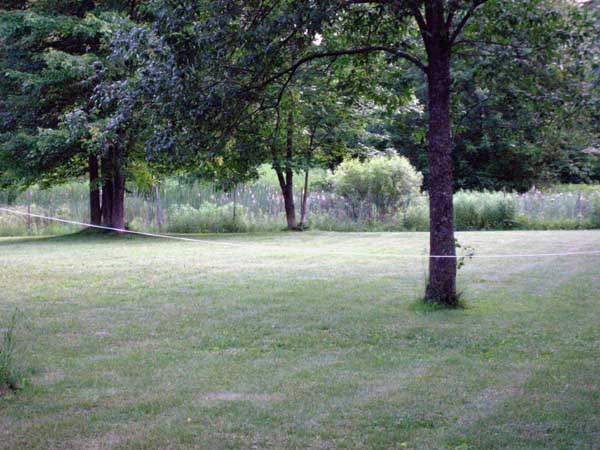 A string between two trees measures just the right distance for a regulation length span. Important when you live with opponents who are sticklers for such things… The back tree marks perfectly the back line.

I’d had enough after a few hours. By then it had cooled down enough to get more done on the deck.

After dinner, it was time for Kiera’s and Graidy’s walk. Everywhere we looked were these billowy clouds streaming with beautiful light. 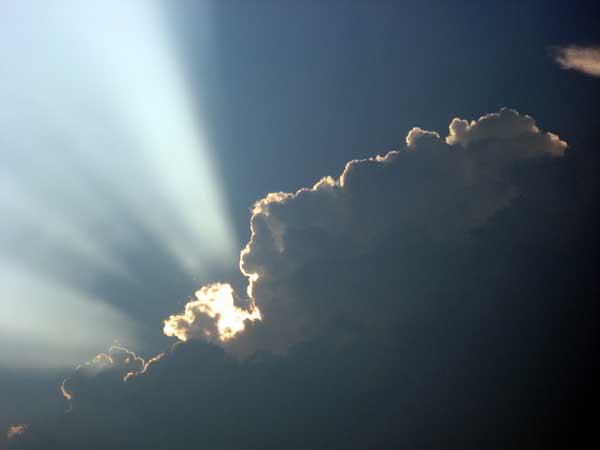 And finally, what would the summer solstice be without catching fireflies? 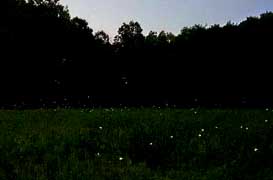 A long day? Yes. But a day spent just the way I like it — mostly outside with my loved ones.

Hope your solstice was just as wonderful.