This is not a political blog. And I’m not one to try to shove my views down others’ throats. Unless it’s about positive dog training and responsible dog ownership. Then–guilty as charged.

But how can anyone look at where our country is headed and not see this? 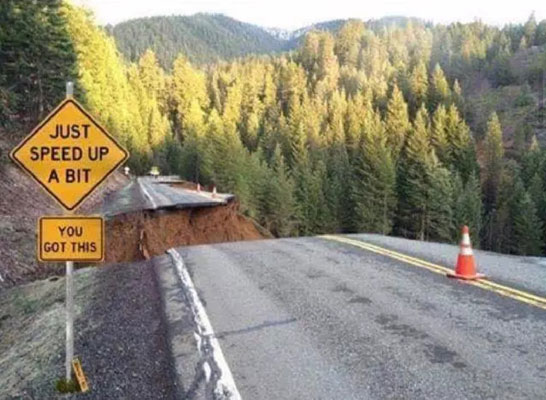 Don’t know about you, but I sure am tired of the BS coming out of Washington that’s trying to  pass as, “Really, us blowing up health care and giving tax breaks to the super rich is good for you. Just trust us. And, of course, absolutely everything else anyone says to the contrary is fake news.”

Yeah, because 24 million people losing health care is a spectacularly brilliant idea, and trickle-down economics has worked so well in the past...

We are all in this together.

We need to start living and behaving–and voting–as if there is a tomorrow. And we need to start planning responsibly now. Otherwise we are ensuring there won’t be.

How can you begin making a difference? Start by reading *The Righteous Mind by Jonathan Haidt. It will help give you the tools and skills to start thinking, communicating, and behaving in ways to help bring us all back together. Problem-solving is a team sport.

This well-researched examination of human moral impulses will appeal to liberals and conservatives alike following the 2016 presidential campaign and election.

As America descends deeper into polarization and paralysis, social psychologist Jonathan Haidt has done the seemingly impossible—challenged conventional thinking about morality, politics, and religion in a way that speaks to everyone on the political spectrum. Drawing on his twenty five years of groundbreaking research on moral psychology, he shows how moral judgments arise not from reason but from gut feelings. He shows why liberals, conservatives, and libertarians have such different intuitions about right and wrong, and he shows why each side is actually right about many of its central concerns. In this subtle yet accessible book, Haidt gives you the key to understanding the miracle of human cooperation, as well as the curse of our eternal divisions and conflicts. If you’re ready to trade in anger for understanding, read The Righteous Mind.